This beautifully carved Eskimo dog team consists of 5 dogs, 3 hunted seals, one man carrying a satchel and holding the sinew reins, a sled with multiple slats tied together with thin cord, one rifle, one harpoon, and a third tool-like item. 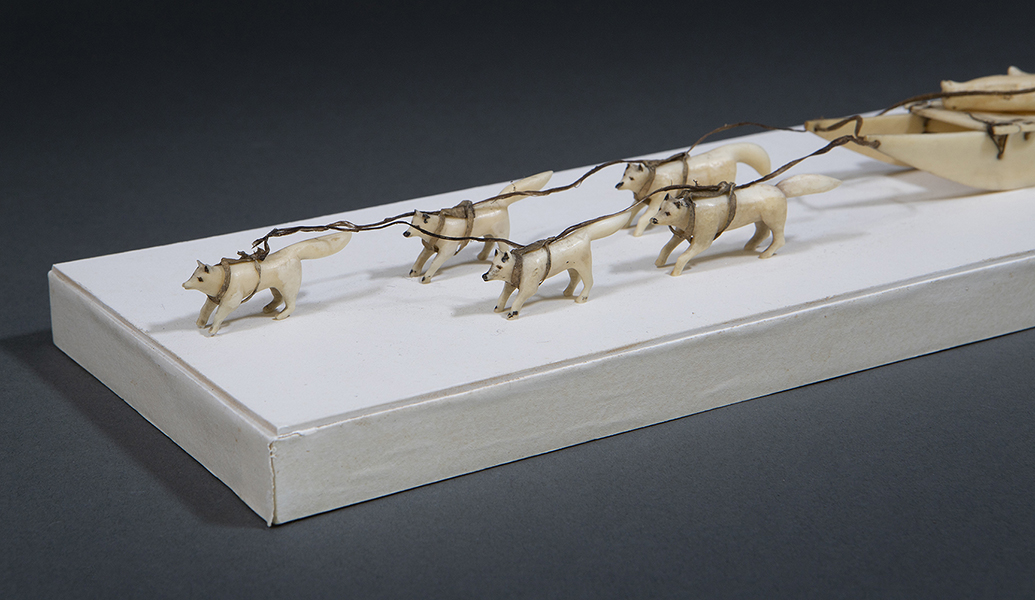 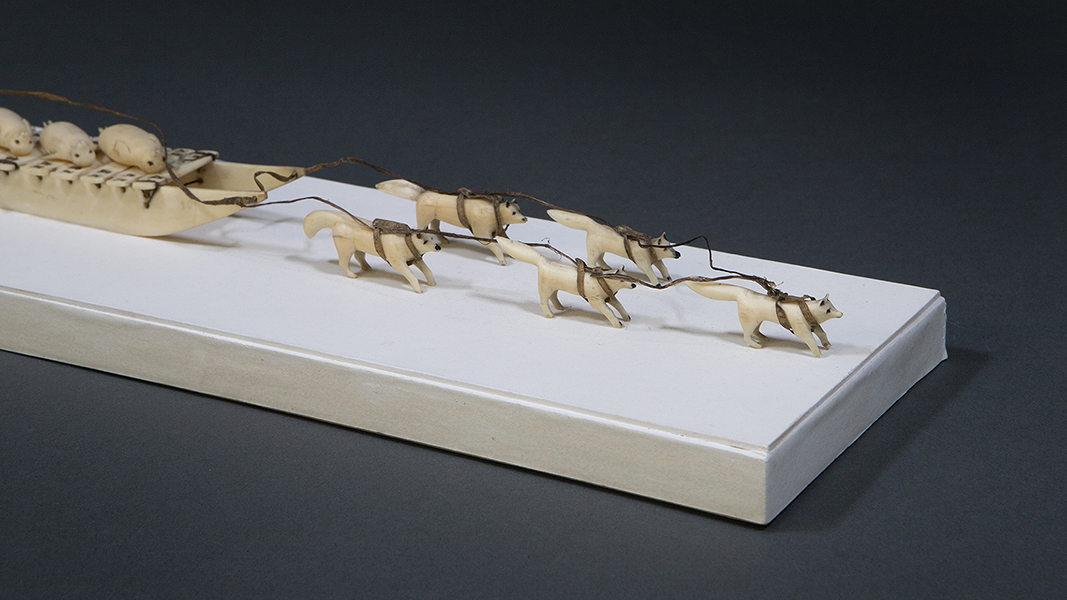 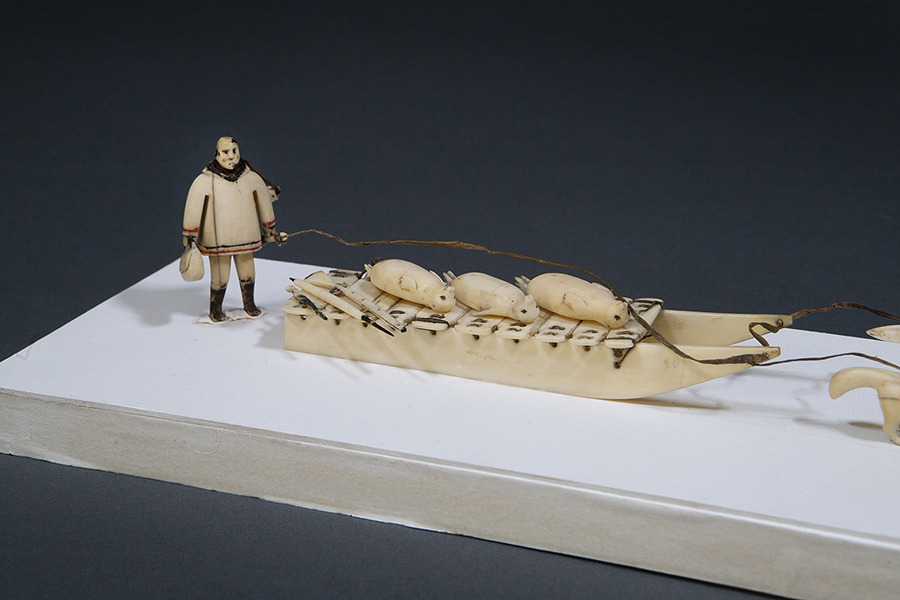