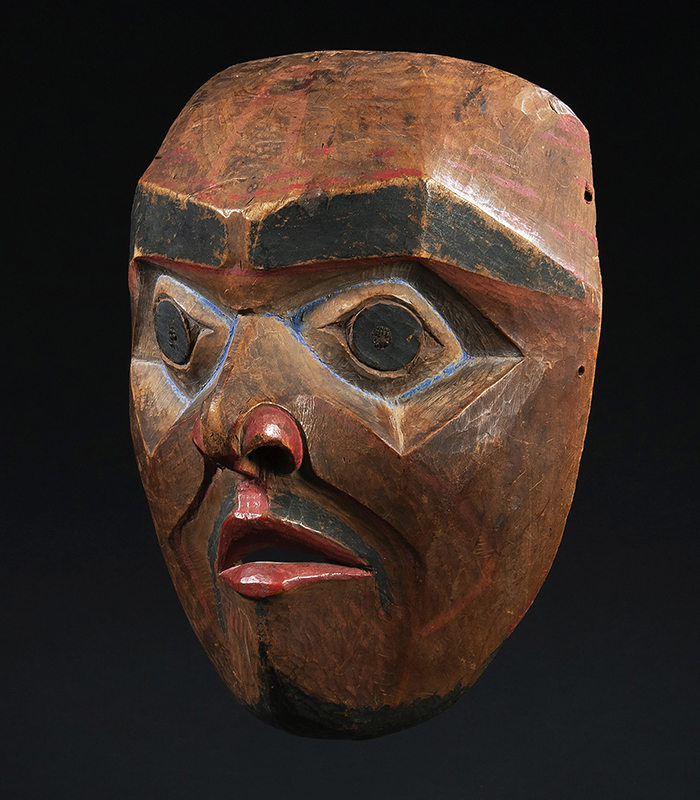 This bold ceremonial dance mask is deeply and finely carved, with sharply angled corners on the eye sockets and the nose, mouth, and cheeks, out of hard wood. It has a fine patina of age. In an opinion over 30 years ago, Bill Holm felt that it might be a transformational mask depicting a shaman transforming into a hawk or other raptor. There are so many characters in the Nuxalk pantheon that are different from other tribes on the Northwest Coast. It dates to 1850 or earlier, according to Steve Brown, who wrote an essay on this mask. The polychrome pigments are the Chinese vermillion and Rickett's blueing probably from the Hudson Bay Company so common in that mid-19th Century era. The black is either natural graphite or lamp-black as were also used. The vermillion was mixed with salmon eggs as a Native binder. This piece is sold with the essay by Steven C. Brown, former Curator of Ethnographic Art at the Seattle Art Museum and distinguished author and scholar of antique Northwest Coast art, and a copy of a letter from Larry Frank to the most recent owners, dated 1989. 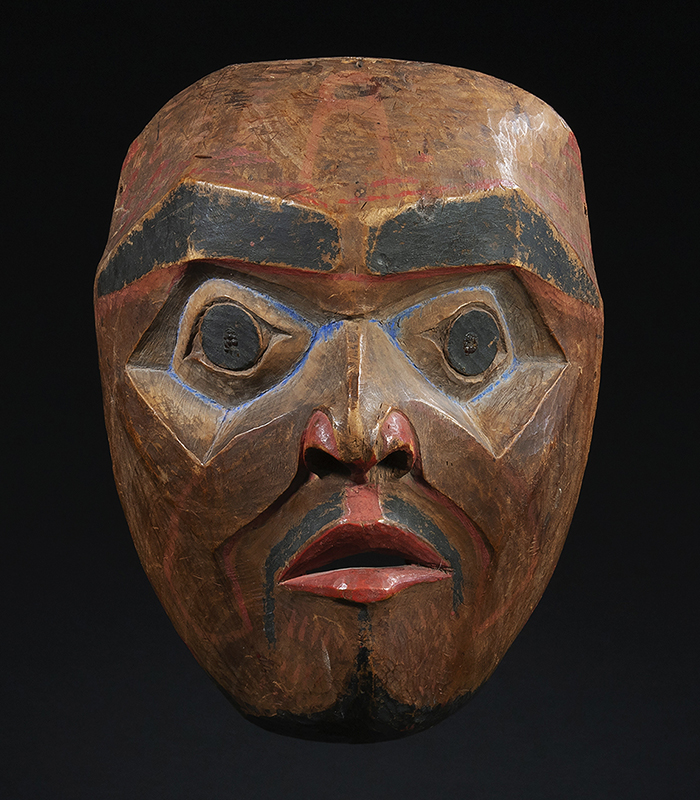 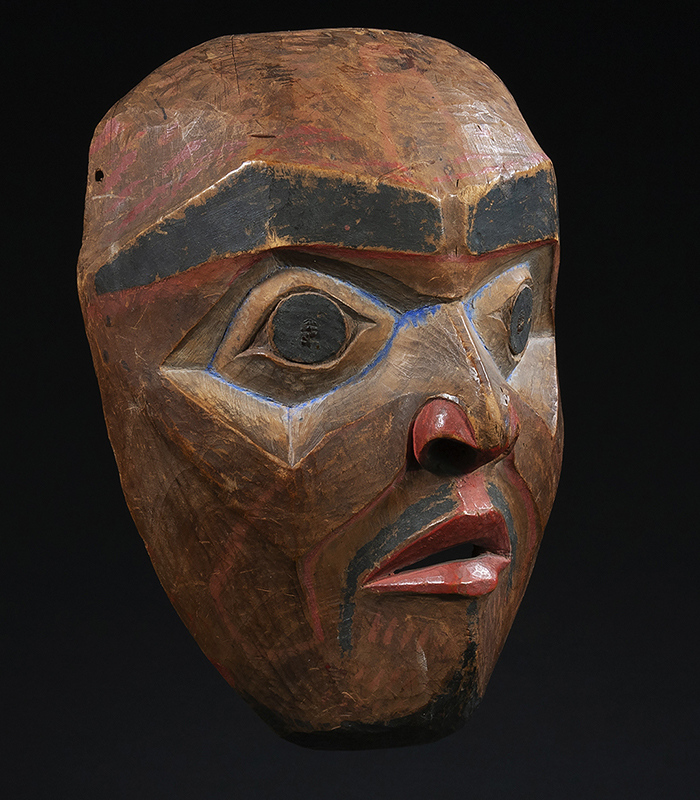 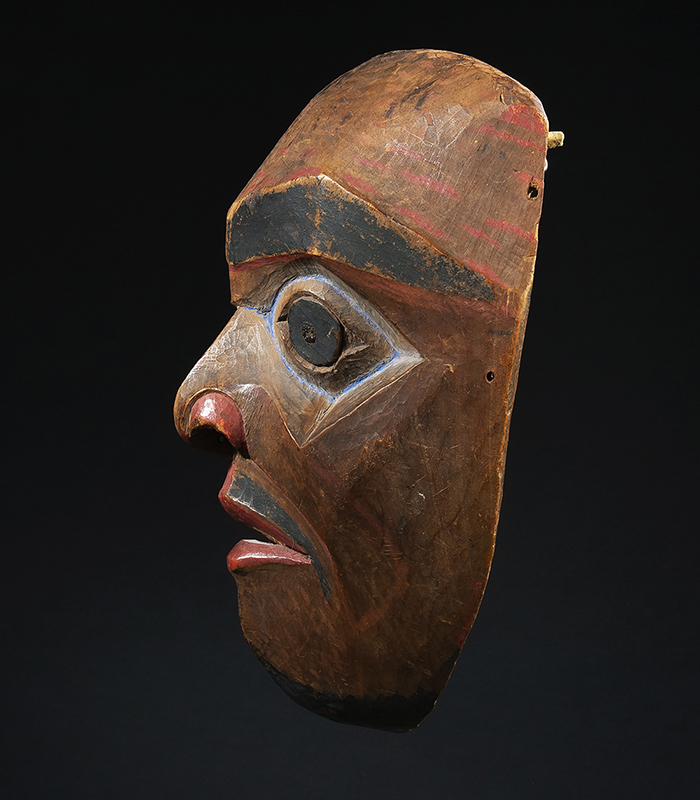 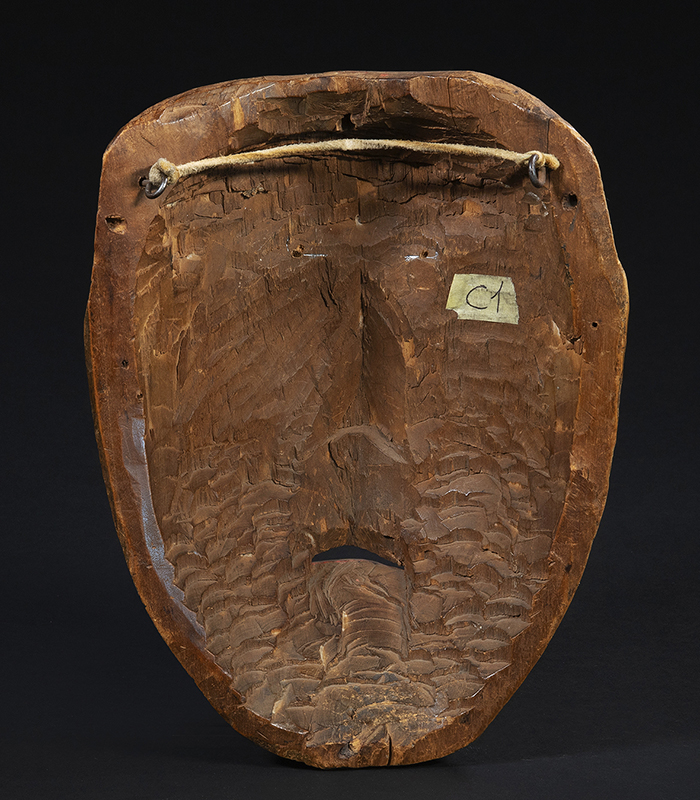 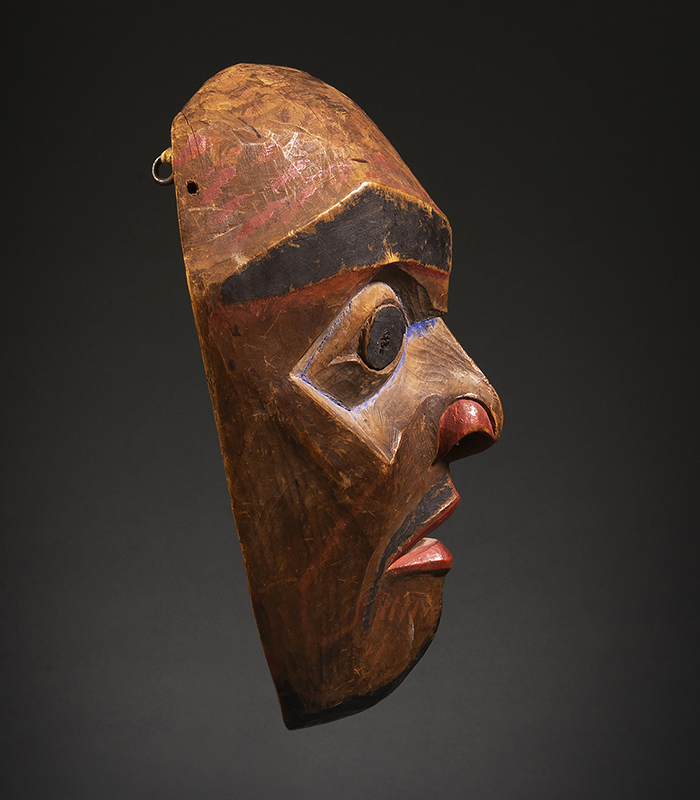 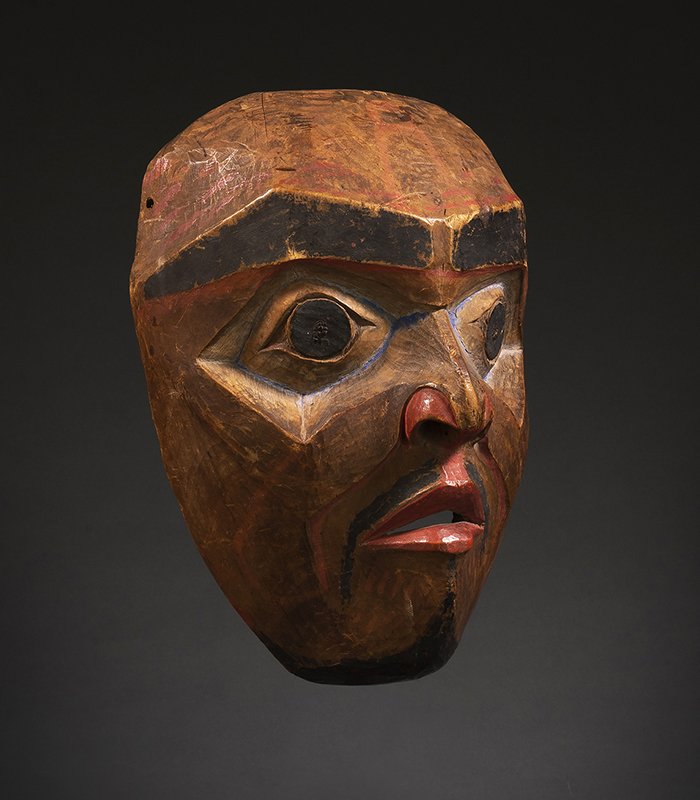 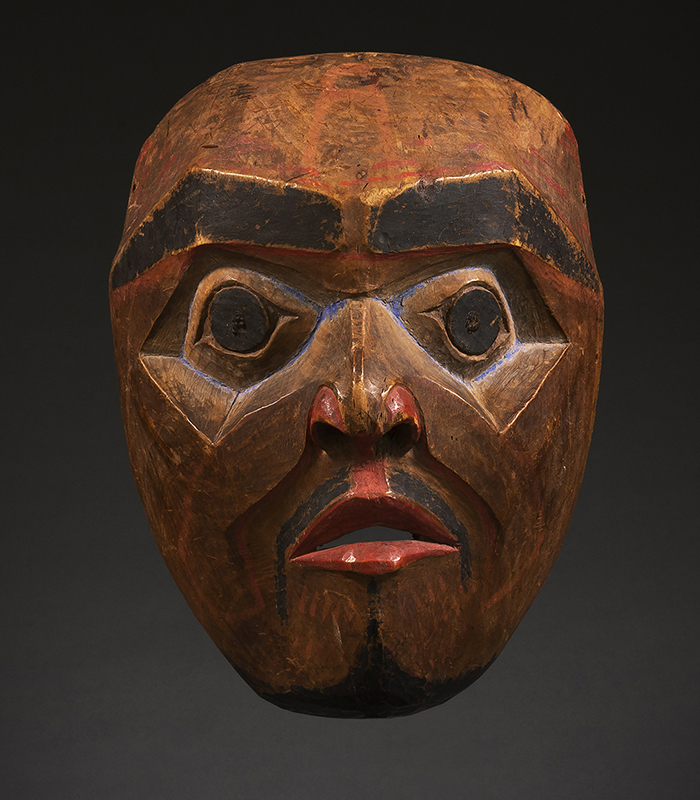 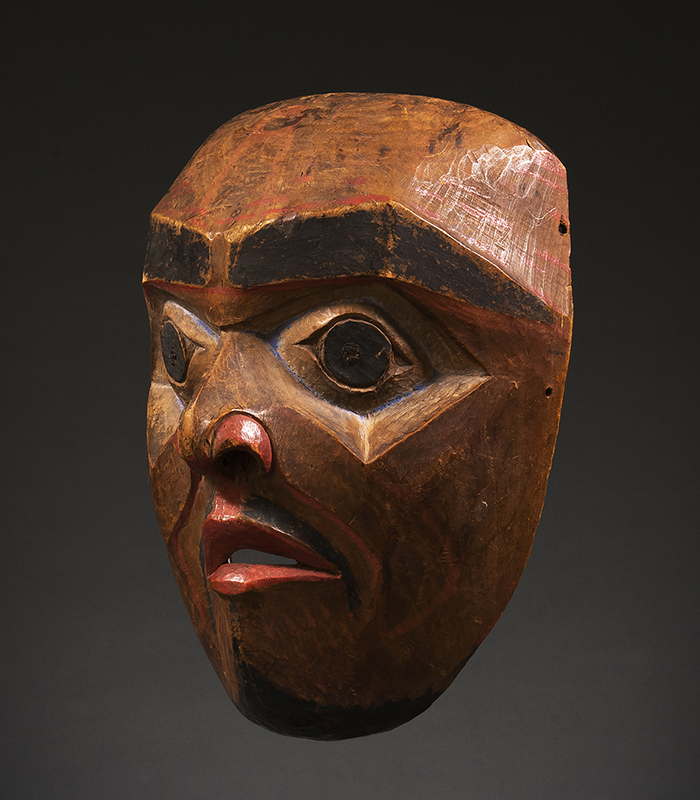